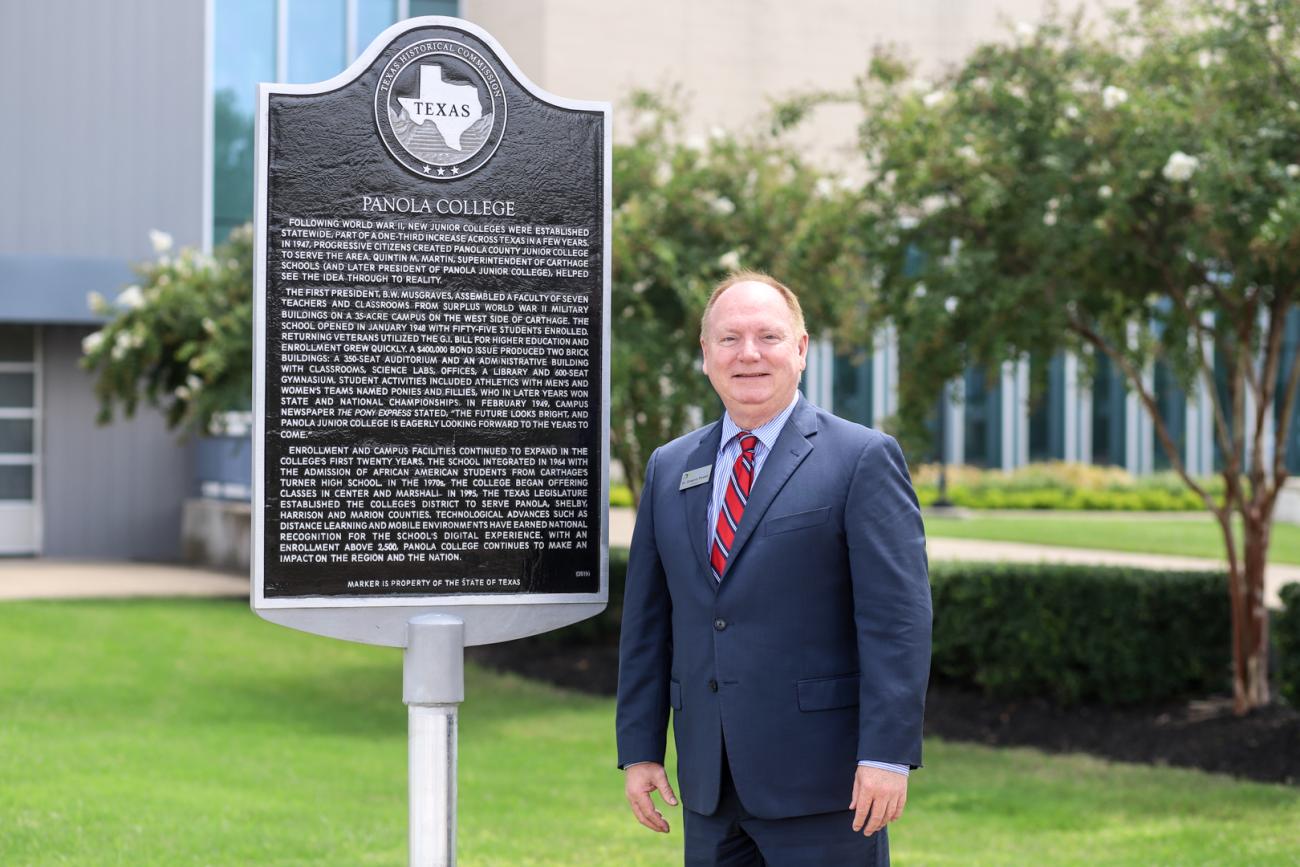 In a special ceremony on Tuesday, Aug. 22, Panola College and the Panola County Historical Commission unveiled the new Texas Historical Marker on the Panola College campus. The marker, which is positioned in front of the Charles C. Matthews Foundation Student Center, designates the College as an important and educational part of local history.

Hunter Moon, Panola College alumnus, sang Texas, Our Texas, and Faith Parrot, member of the History Club, led those gathered in the Pledge of Allegiance.

Prior to the marker being unveiled, Carthage Mayor Lin Joffrion was joined by Powell to present the proclamation, and a member’s resolution was read by Jerri Jones, District Director in the office of State Rep. Travis Clardy.

The Historical Marker Unveiling Ceremony was the first in a series of events planned to commemorate the 75th anniversary of the College. More information about upcoming events can be found by visiting panola.edu/75.