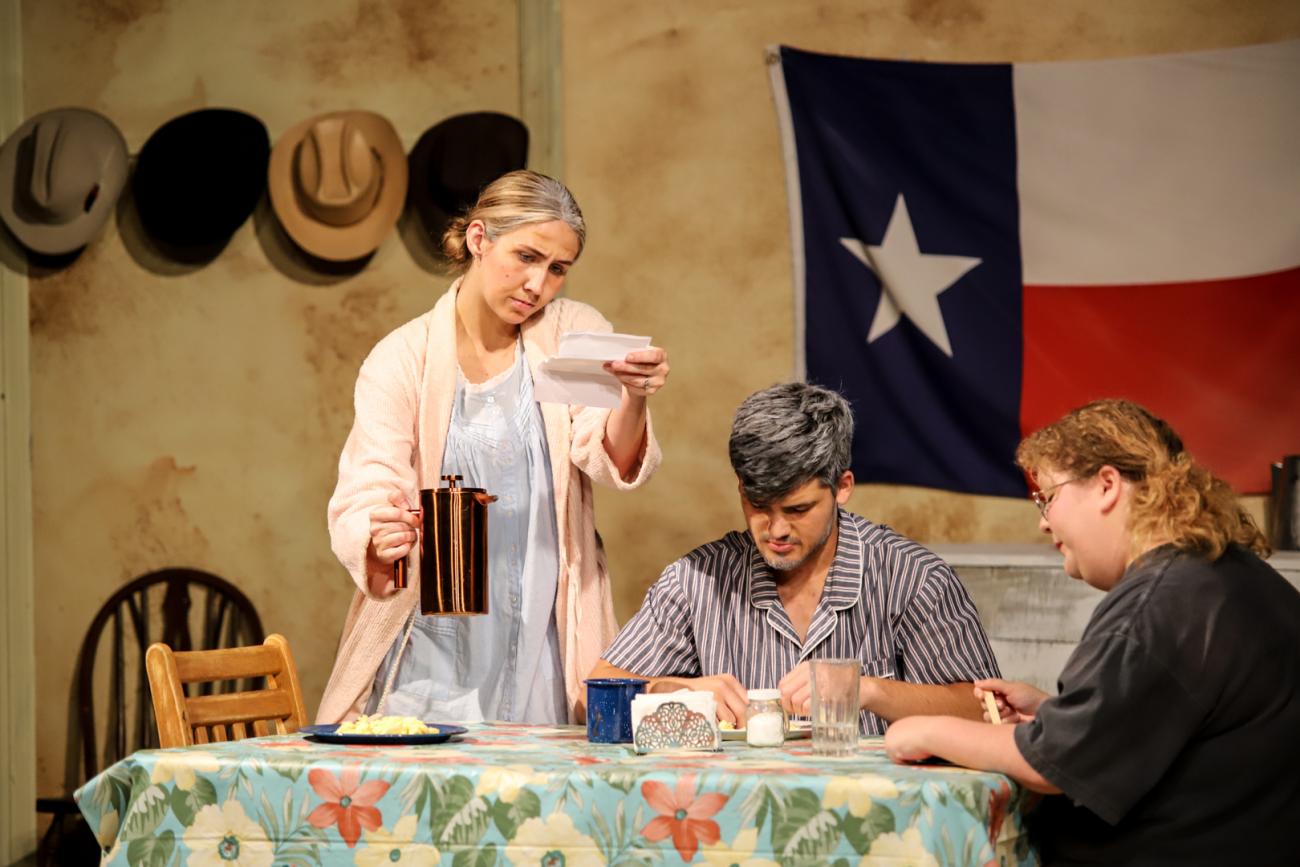 A total of 23 Panola College theatre students were awarded by the Kennedy Center’s American College Theatre Festival for their work on Dearly Departed, the department’s fall dinner theatre production. The show was performed at Panola College on Sept. 24, 25, and 26 and was submitted virtually to the festival.

“I am so pleased with the awards that our students received from the Kennedy Center,” said Karen King, the Professor of Drama at Panola College. “Winning the ensemble award is really something special – it means every single student in the play won a certificate.”

The Panola College Drama Department will present Ajax in Iraq, a collaboration with the Stephen F. Austin State University Drama Department, Nov. 8 through 13 at Community House in Center, Texas. The collaborative show will also be submitted to the Kennedy Center’s American College Theatre Festival.