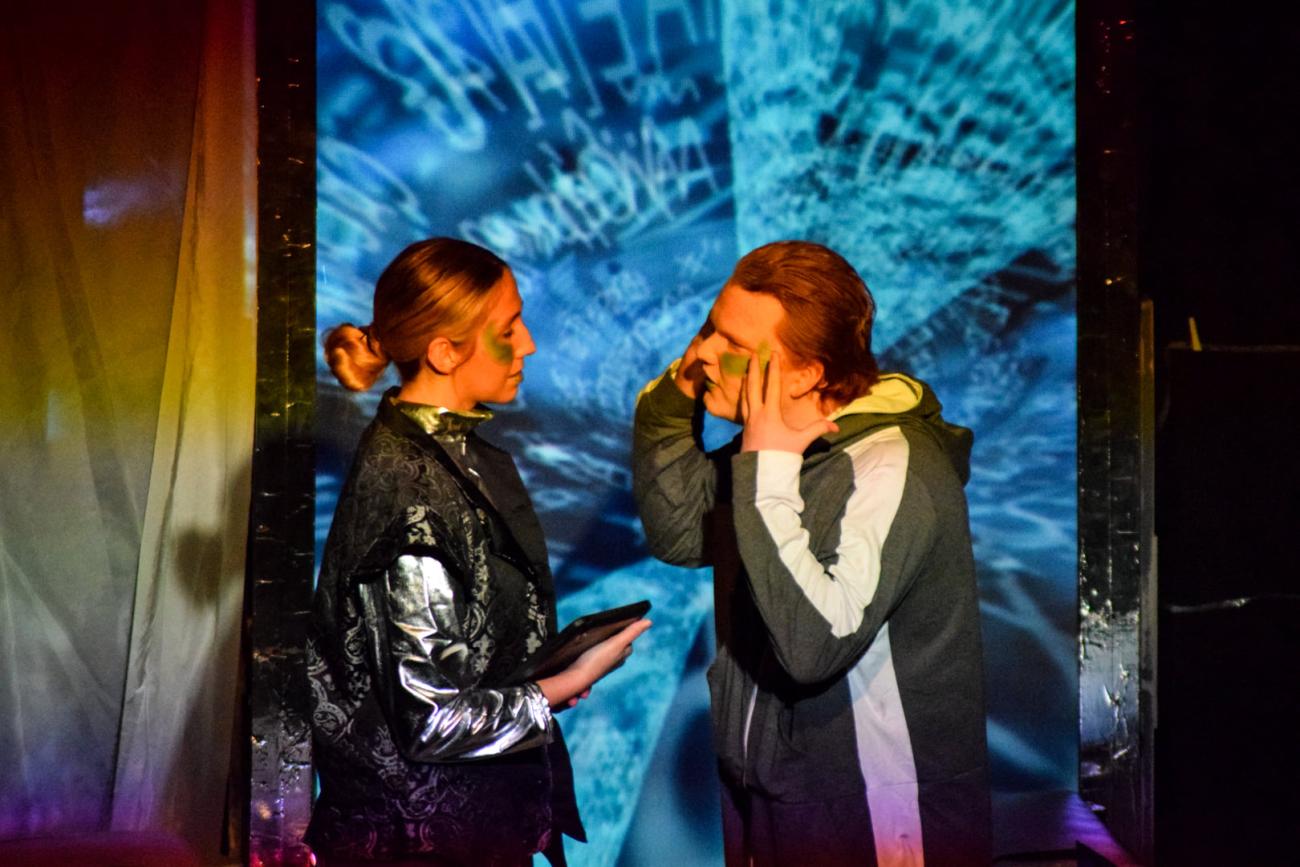 Panola College presents its entry, The Arsonists by Max Frisch and translation by Alistair Beaton, into the KCACTF Texas State Festival on Nov. 8 at 6 p.m. and Nov. 9 at 7 p.m. in the Q.M. Martin Auditorium. The production is a comic parable about accommodating the very thing that destroys us.

The play is directed by Professor of Drama Karen King. Please note that there are mature themes and the show is not suitable for young children.

Tickets are available for $5.00 and may be purchased online or at the door. Tickets cover all shows being presented at the three-day festival.

In addition to Panola College’s production of The Arsonists, there are two student-directed 10-minute plays: The Girls Room by Brittany Schmidt, the University of Houston, directed by Jessica Bailey and featuring Taylor Alexander, Sarolyn Musick, and Autumn Stewart, and P.S. Sal Mineo is Dead, by Brad Nies, Blinn College, directed by Dylan Essery and featuring Jacob Phillips, Donovan Williams, and Jessica Bailey. These productions perform on Nov. 10 at 11 a.m. and 1 p.m.

At 8 p.m. on Nov. 10, Stephen F. Austin will present William Golding’s Lord of the Flies adapted by Nigel Williams, and at 11 a.m. on Nov. 11, Bossier Parish Community College will present Sylvia, a modern romantic comedy about a marriage and a dog by A.R. Gurney.